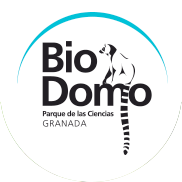 The island of Madagascar has developed its own distinctive ecosystem, with extraordinary biodiversity, since its separation from the African continent about 160 million years ago. Around 95% of Madagascar reptiles, 89% of plant organisms and 92% of their mammals do not exist anywhere else on the planet.

Located off the east coast of Africa, Madagascar is the fifth largest island in the world, with about 600,000 square meters. The island hosts lush rainforest, tropical dry forests, plateaus and deserts. Its nearly 5,000 km of coastline and over 250 islands are home to some of the largest coral reefs and the longest mangroves in the western Indian Ocean.

An incredible variety of plants and animals have their home on the island. More than 11,000 species of endemic plants, including seven baobab species, share the island with a wide variety of mammals, reptiles, amphibians and other species. Between 1999 and 2010, 615 new species have been discovered in Madagascar, including 41 mammals and 61 reptiles. The amazing species and unique habitats of Madagascar are threatened by the globalization of markets and the growing needs of local people.

As samples of the endemic biodiversity of Madagascar we can find in the BioDomo species such as the ring-tailed lemur or plants such as the baobab or the majestic palm tree. 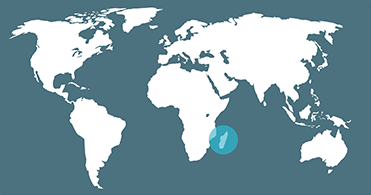 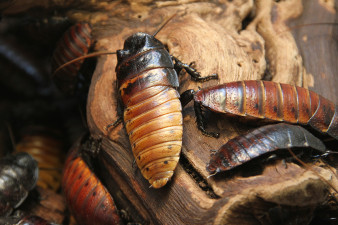 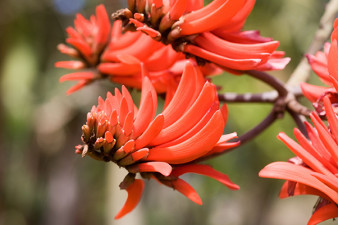 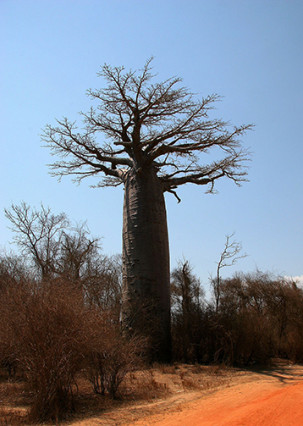 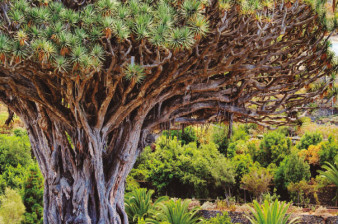 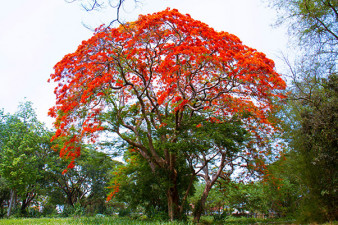 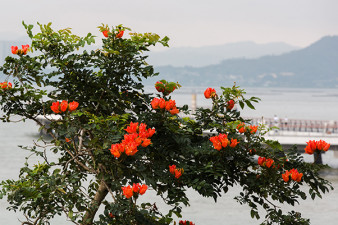 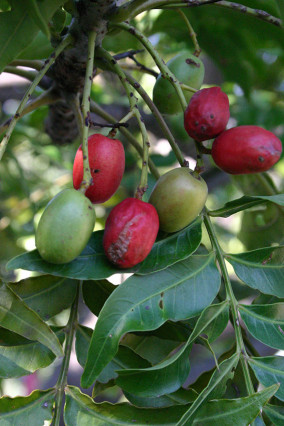 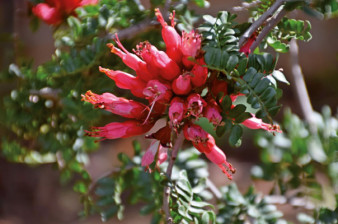 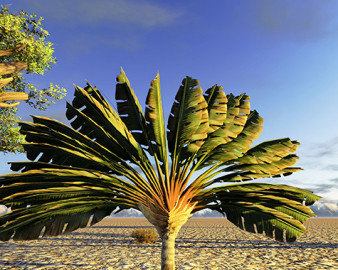 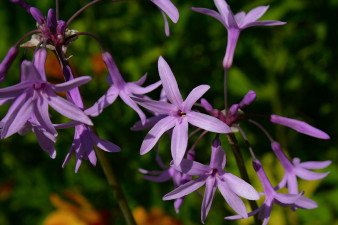 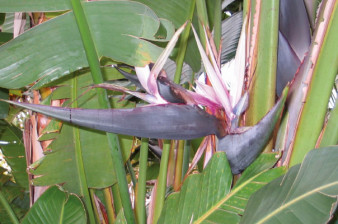 They are one of the largest species of cockroaches. They are wingless but excellent climbers. The parents and offspring can remain in close physical contact for extended periods of time.
They can expel air through the respiratory openings of the abdomen, producing a characteristic sound. It lives in dead wood and eats plant debris.

It is a primate with diurnal habits that spends most of its time in trees, although sometimes it is frequent to see them on the ground. It is a sociable species and lives in groups. It is polygamous and it uses its tail to make visual and odoriferous signs. When walking on the ground, it keeps its tail raised to report its presence to the rest of animals. It communicates through numerous vocalizations, corporal attitudes and a threat-stare facial gesture to intimidate its preys. Its diet consists of fruits, leaves, flowers and small insects.

The African coral tree, is a small, deciduos and flowering tree to 3,5-7 m, in the family Fabaceae, native to SouthEastern Africa.
This species characteristically grows wild in the coast forest up 200 m. altitude. In urban settings, it is often planted in parks for its bright orange flowers. The flowers are rich in nectar and are visited by birds. Its legumes take bright red seeds. This specie is the official tree of Los Angeles.

It is a herbaceous plant native to South Africa that can reach up to 60 cm high (1.97 ft). It is an evergreen species. It has a short stem bearing long and ribbon-like leaves of deep green colour. Flowers are clustered in the top in white, blue and violet inﬂorescences. Its ﬂeshy roots are thick and solid. It is a ﬁre- resistant plant.

It is a deciduous tree of the drier parts of Madagascar. The tree reaches heights of 25 m and its trunk can have a diameter of 11 m (36 ft). The tree is leafless, and looks very much like it has its roots sticking up in the air. Its wood is said that is similar to a sponge due to the fact that it can store up to 90,000 litres of water, whish is an adaptation to the harsh drought conditions of its environment. Its bark has irregularities in its surface.

It is a herbaceous plant native to South Africa. It is an evergreen species that can reach up to 1.5 m (4.9 ft.) tall. Its underground stems can collect its stored reserves. Its large grey-green leaves are persistent and with an oval form. The ﬂoral stems have the shape of a bird´s beak. It keeps from 5 to 8 orange ﬂowers. The fruit is a triangular capsule containing black rounded seeds with an orange fuzzy aril.

It is a bush endemic to Madagascar and naturalized in areas with subtropical climate. The trunk is straight, smooth and round. It has roots that arise from the stem above the soil level and help support the plant. The dichotomous branches form a pyramid-shaped canopies. It is an evergreen species with leaves arranged in spiral around the trunk. Leaves are big, linear and with serrated edges. Each plant carries only female or only male flowers. The fruit is similar to a pineapple and is edible.

It is a herbaceous plant with a tree-like growth habit, except in thickness. It has a unique and succulent stem, branched in the top and similar to a vaulted crown. Its ﬂeshy foliage is persistent bearing linear leaves. Its white ﬂowers are small producing a pleasant scent. They are clustered in dense terminal bunches. The sap of this plant turns into red when in contact with air. It has a number of medical uses and it is used in varnish and dyes production.

It is a tree endemic to the Madagascar´s dry forests, but has been introduced into tropical and subtropical regions worldwide. It is a deciduous or half evergreen tree of dense foliage and leaves doubly divided. The flowers are orange and the fruit is a large and large woody legume with small seeds. It is used as a percussion instrument. The bark and the flowers are used as remedies to treat rheumatism and bronchial asthma.

Spathodea is a monotypic genus in the flowering plant family Bignoniaceae. The tree grows between 7–25 m (23–82 ft) tall and is native to tropical dry forests of East Coast of Africa. It has been nominated as among 100 of the “World’s Worst” invaders.
The open flowers are cup-shaped and hold rain and dew, making them attractive to many species of birds. their nectar is popular with many hummingbirds.

It is a tree of coastal forests of the South-east Africa, from Cape Town to Mozambique. It is a dioecious evergreen species. Its canopy is rounded and compact. The straight bark is smooth becoming rough as it grows older. The compound leaves are shiny dark green above and dull below. When the leaves are two years old they turn into red and fall. Both male and female flowers are produced on different trees. The fruit is fleshy, red and grows in clusters. It is use to make furniture or sculpture.

It is a tree native to South Africa. It can be found in the river banks of dry streams, sandbanks and small rivers. The tree can reach up to 5 m (16.4 ft). It is an evergreen species, with rigid branches and a gnarled trunk. The ﬂowers are numerous, bright red to pink in colour and are distributed throughout the tree. They produce copious amount of nectar which attract birds and butterﬂies. The fruit is a legume which explodes when dry and catapults the seeds great distances from the parent plant. It is an edible plant.

It is an evergreen plant reaching up to 10 m. It is endemic to Madagascar where can be found in plains and pastures with water below the 800 meters above sea. It has been introduced in islands such as Mauritius or Reunion becoming an invasive plant. Leaves grow in a fan shape aligned in a single plane. Its creamy white flowers are hermaphrodites growing from the armpit of the leaves. Pollination is made by the black lemur.

It is a palm native to Madagascar and African tropics. The plant grows in areas up to 3,000 m (9,843 ft) above sea, in rainforests and mountain slopes. The pinnate leaves can reach up to 4 m (13,1 ft) length. Female and male ﬂowers are separated in different palms. Male ﬂowers produce large yellow bunches; females ﬂowers are globose. This species produces edible fruit. The fruit is borne in pendant clusters and contains one hard seed each. It is used for basketry and the sap is used to process palm wine.

It is an herbaceous plant indigenous to South Africa. It is an evergreen species and withstands well the marine environments. The base is bulbous and the leaves are long and bright green in colour. The tubular and violet flowers open like a star. The fruit is a capsule. It possesses a strong garlic odour. It is used locally as a medicine.

It is a bush native to South Africa. It is an erect, semi-scrambling shrub, evergreen with long and ﬂexible branches that support other shrubs to reach the light. It can reach up to 3 m (9.8 ft) height. The ﬂowers are tubular and are grouped in long terminal clusters. The ﬂower colour ranges from orange to red. They are very valued for insects and birds due to its nectar. The fruit is in capsule with numerous seeds.

It is an endemic plant of the Madagascar rainforest. The pinnate leaves are about 3 m (9.8 ft) in length. The leaf bases are arranged in three vertical columns set about 120 degrees apart on the main stem, forming a triangular shape in cross section. The yellow and greenish ﬂowers produce an edible black fruit. It is threatened both by ﬁre and the harvesting of its seeds for trade.

It is a herbaceous plant native to South Africa and Madagascar. It is the tallest of the Strelitzia plants and can reach up to 10 m (32.8 ft). It is also one of the three arborescent trees as the S. caudata and S. nicolai.  The alternating leaves have a marked central rib. They are oval and with long petiole. Leaves are arranged in two rows along an axis. They grow helically. The white ﬂowers are hermaphrodites and are enclosed in a purple spathe. The fruit is a shiny red capsule with downy aril.